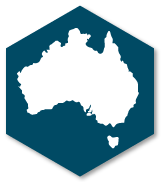 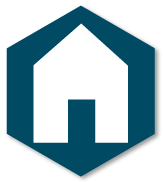 About Us: The Story of Bellbird This is the Deans……Trent, Angela and their 3 children Allanah, Emily & Jack.
They are the family behind Bellbird.

Trent has worked in the business since 2003 originally with his parents John & Kaye Dean. When they retired in 2009 Trent & Angela bought Bellbird to carry on the family business into another generation with the ambition of leaving a legacy for their children and to continue to provide a solid workplace for their staff and their families.

Trent the youngest of 3 grew up with Bellbird when his parents bought the business when he was 9 nearly 30 years ago…...so where did the story of Bellbird originally begin?

There once was a man in a van named Mr Bell and his “bird” Robin which together started Bellbird. They travelled the town with a van filled with Art & craft, selling their wares to local kindergartens...

After a couple of years in 1987 Mr Bell sold his van to John & Kaye Dean. This family of 5 had just said good-bye to their family run chicken farm to start a new business venture in the early childhood sector. Trent has fond memories of the “Bellbird” shed on the family property in Langwarrin Victoria, where together with his brother and sister they earnt their pocket money by helping Mum and Dad out by dying popsticks, bagging up straws and decanting glue…..and Whoops as kids do got distracted leading Kaye to then find a river of glue running down the driveway!

John would set out daily in the Bellbird van and continue to service the kindergartens on the Mornington Peninsula in Victoria with their art & craft needs. John was the epitomy of good old fashioned customer service whereby nothing was ever too much trouble, truly polite, unobtrusive service with a smile. This core value still holds strong today and is at the forefront of everything Bellbird. Kaye would work equally as hard answering the phone, picking orders, balancing the books, all whilst juggling the family.

Even Grandpa Jack would have a crack and put together the Bellbird drying rack!

After several years Bellbird had outgrown its shed and was on the move to a warehouse in Dandenong South with staff.

One man in a van had become several vans expanding their reach to all of Victoria.

In the year of 2000 Bellbird the Art & Craft Van amalgamated with a Toy Bus to further expand the range and we became Bellbird Kid-Z Educational Resources.

The next logical step it seemed was to try our hand in the “Back to School” stationery business to expand our current market and this is when things became rocky and Bellbird started to loose it’s footing! This was a competitive price driven, labour intensive market and overruled by the majors……it looked like “The Big Cats” were going to swallow Bellbird whole with their big corporate presence....BUT just like Tweety bird Bellbird fought back against the Cat and went back to what it does best... back to our loyal customers in Early Education, the big and the small who remember fondly the Man in the Van!

This experience took its toll on the family, particularly John & Kaye who did their best to stay strong…..but in order for survival Bellbird needed a revival.

It was around this time 2003 that Trent left a successful career in Computer programming and joined his parents in the business. With a passion for systems and data analysis and the energy to strive towards goals Trent went about bringing IT to Bellbird. With an expanding product range in 2006 we became Early Education’s ONE STOP SHOP. Bellbird put out it’s first catalogue, our logo had a revamp and our Sales team evolved from reps in a van to consultant’s in a station wagon.

In 2009 John & Kaye retired after a successful career in many family operated businesses from milk bars to chicken farms to Bellbird to enjoy Australia’s great outdoors, play golf, volunteer at a local hospital and spend time with their 5 grandchildren. John will still lend a helping hand at times particularly on some of our larger start-up jobs. Trent and Angela then took the leap and bought Bellbird. Trent with his inherited hard work ethos and a strong desire to continue to bring quality and customer service to the Early Education market not just in Victoria but Australia wide expanded Bellbird into a National company with an on-road team in South Australia and NSW. Trent hand selects all the products in the Bellbird range, with an emphasis on quality to stand the test of a roomful of enthusiastic youngsters... It helps that Trent is a big kid at heart and loves a toy fair where he will be seen on a supplier’s stand jumping on and throwing a product around to put it through its paces, while watching the cringe on the supplier’s faces.

Angela a qualified Occupational Therapist of 10 years left her profession and joined Trent on this epic journey in 2010. Our children have grown up with Bellbird always in their life, they feature heavily in the catalogue, test out products at home and even do some of the art & craft projects. A family business is never easy particularly when raising young children at the same time. As parents you face the fear & doubt that you are not doing enough, that there is more work than play but you stick at it because you want to do the best for your children but also for the staff we employ and their families. We often go to bed feeling the burden of it all but we make every effort to get beyond that and continue to move forward with new exciting products into the market and new technology whilst being true to the core values of hard work, honesty and good old fashioned customer service. We love what we do and hope that you will love Bellbird too.